The race is not fair 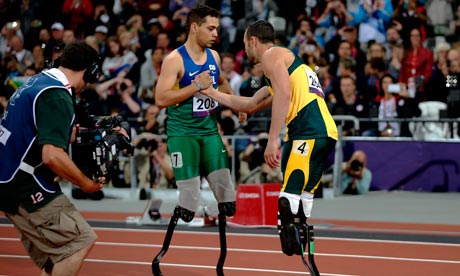 Yes, Oscar, as much as we all admire you the race is not fair. It has never meant to be. Just as you did change the world of athletics, Alan Oliveira did changed it again until the next race when someone else will change it.

BTW see the interactive infografic below for some interesting data about the race: