Humans Keep Getting Faster; Why Not Horses?

(Some comments provoked by this article or at least by its title):

This is one of those peripheral signs of technological progress that you notice but you never seem to notice.

Update: There is an inspiring story about a little kid – already master at golf, playing with one bionic hand.

Update: Speaking of Oscar Pistorius alter a long history of legal (not athletic) battles between him and the IAAF, he is now cleared to compete as a able-bodied athlete. At one point it seemed the gentlemen at IAAF were downright disguised by the idea of him running the Olympic 400 m.

In his latest attempt to qualify for 2012 Summer Olympics Pistorius finished sixth in the 400-meters at the Ostrava Golden Spike meet in May 2011, with a time of 46.19 (after scoring his personal best at 45.61 two months earlier) against a field of able-bodied athletes. Pistorius must meet the ‘A’ qualifying standard of 45.25 to compete at the world championships in Daegu and the London Olympics.

Update: HE QUALIFIED IN LUGANO, ITALY WITH 45:07. CONGRATULATIONS, OSCAR!

So finally a friendly greeting to all at the IAAF and like-minded – it is in the form of a series of commercial and advertisements of Puma, called “Until then…”, courtesy of ROBERT/BOISEN & Like-minded, and some designs done by Daniel Simon (www.danielsimon.com) 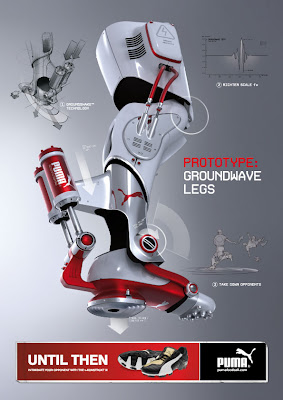 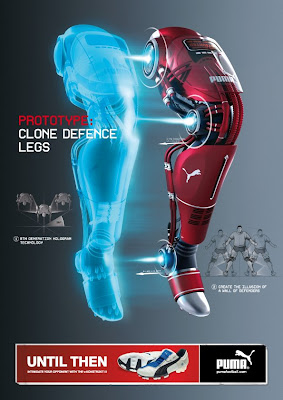 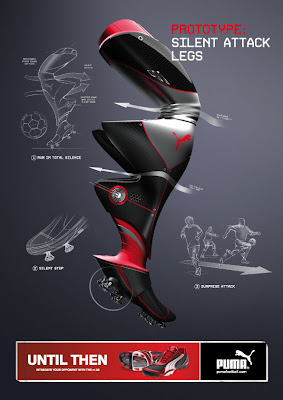